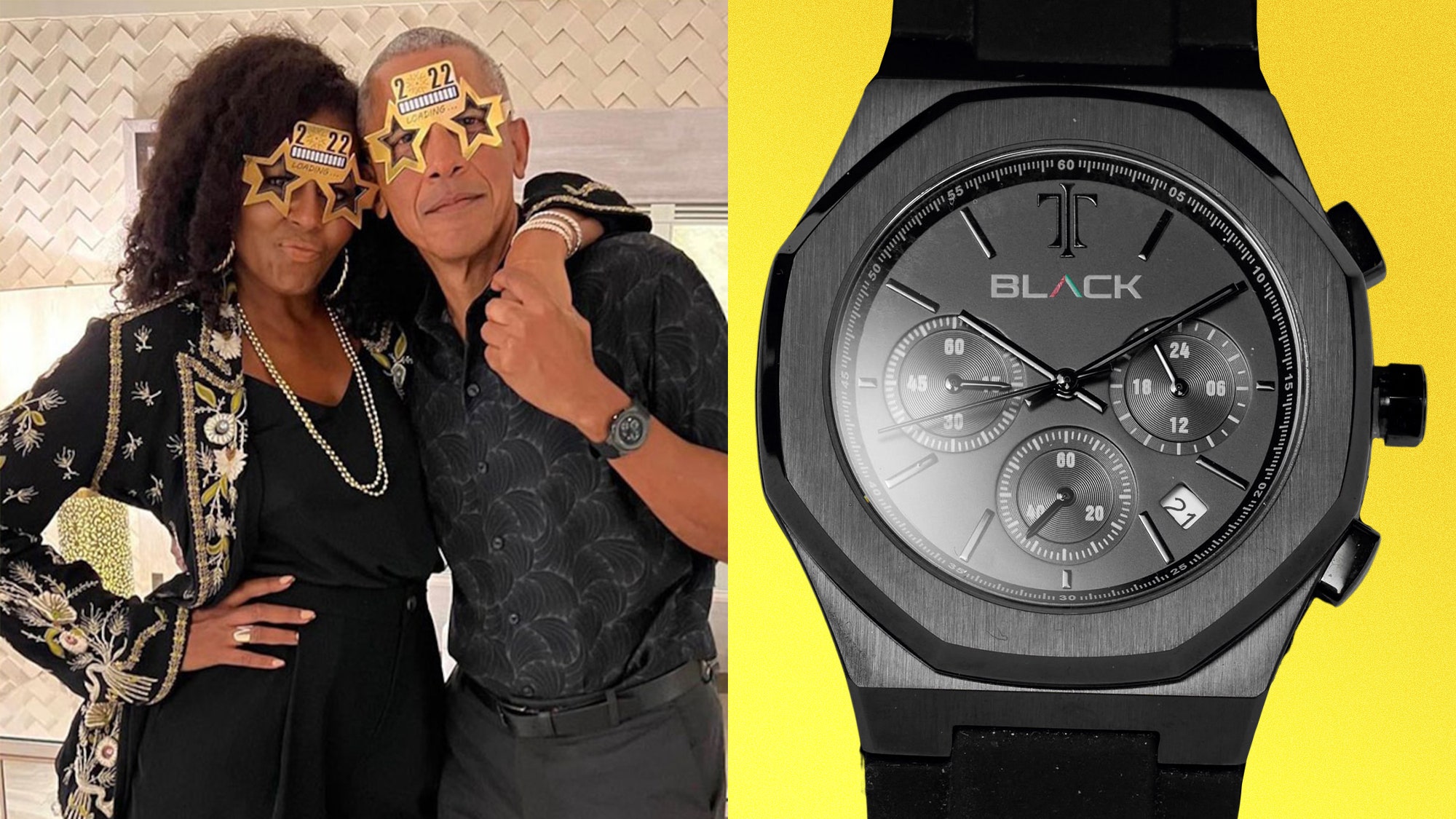 Whether or not it’s possible to have a good time on New Year’s Eve, one thing is certain: it’s possible (and easy!) to wear a killer watch for the night. This week’s best celebrity watches were heavy on gold, diamonds, and other things that pair well with champagne and glitter bombs, but they also proved (specifically in the case of the 44th president) that you don’t need an expensive watch to send off the year in style.

The 44th president is famously partial to his Rolex Cellini, but his New Year’s Eve fit showed off a watch from the other end of the price spectrum. A collab between NYC-based Teleport Watches and Black-owned athleisure brand Actively Black, Obama’s new watch comes with an octagonal bezel (reminiscent of the Audemars Piguet Royal Oak) and a Japanese Miyota quartz movement.

The SNL star took advantage of his co-hosting gig at Miley Cyrus’ New Years Eve Party in Miami to show off an impressive range of fits, from shirtless to full tux. And his diamond-studded Rolex Datejust 41 is that rare kind of watch that goes with everything, including (it turns out) a trucker hat and an RBG tattoo.

Dick Clark’s posthumous lock on televised NYE festivities continues unabated with Ryan Seacrest carrying on hosting duties while wearing one of several Rolex Daytonas in his collection. The watch may have been designed for motorsports, but as you can see it still looks right with black-tie, especially in full yellow gold.

One of the newest and most underrated pieces in Rolex’s catalogue, the Sky-Dweller doesn’t have the history of the Submariner or the celebrity status of the Daytona, but it does have one of the most advanced movements Rolex makes—including a cleverly integrated annual calendar and second time zone.

Canadian prime minister Justin Trudeau showed up for his covid booster shot looking every bit like the overworked Gen X dad he is. His watch, however—a niche variant of the classic Portuguese with a hand-wound movement—gave away the fact that he’s running a country, not an artisanal coffee roastery.