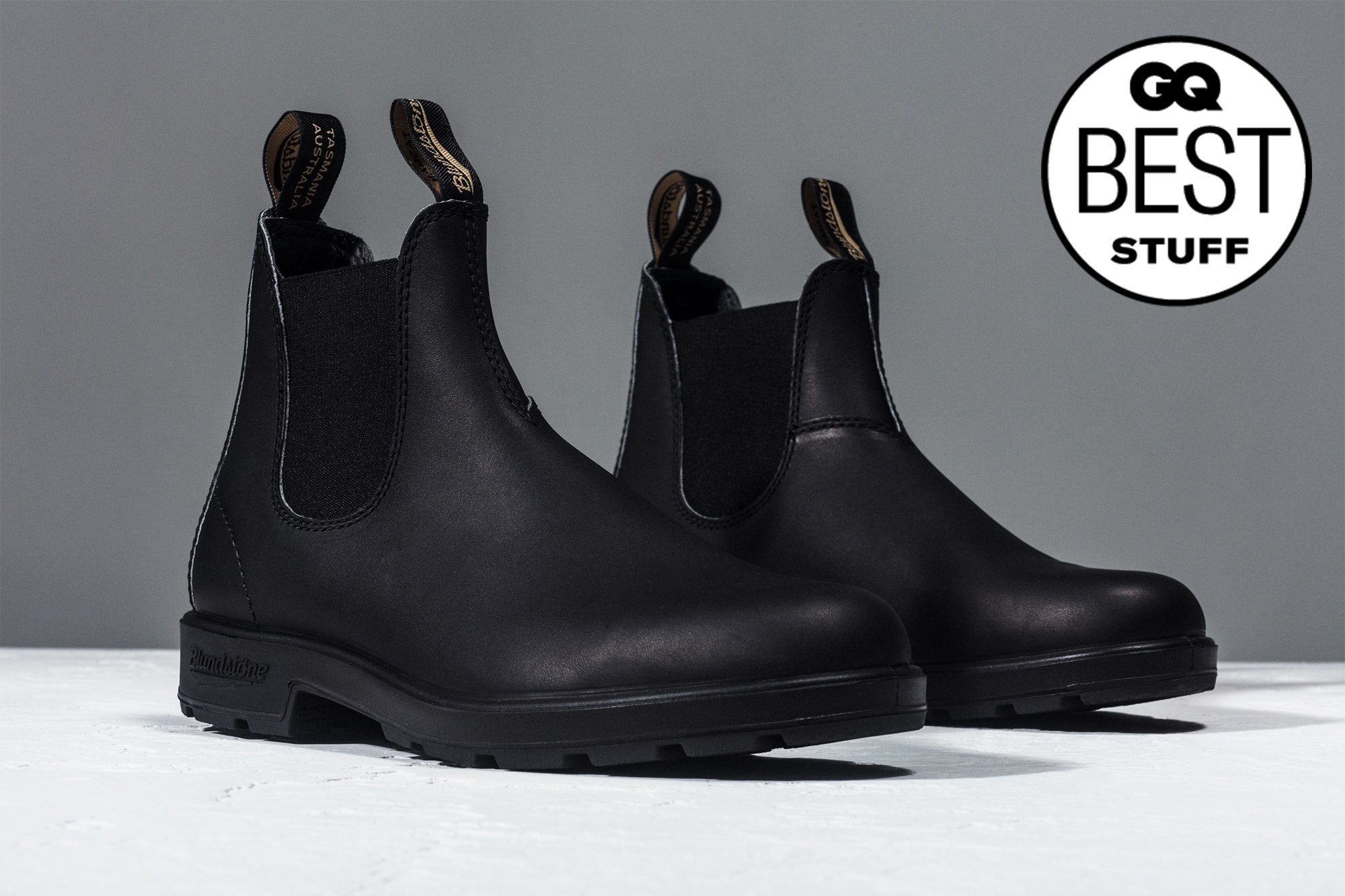 Back when I was in college, the crunchy kids wore Blundstone boots. Maybe you had them at your institution of higher learning, too: smart, gentle souls who genuinely wanted to make the world a better place, and in a surprising number of cases did.

In this case, the base of operations was a rickety brownstone on 114th street. There wasn’t a defined uniform, like at the secret society up the block. But as happens when people who share politics also share beds and meals, a certain common aesthetic prevailed. Lots of natural fibers. Hole-ridden T-shirts commemorating potluck dinners. Ratty jeans. Shockingly expensive wool hiking socks. And, yes, Blundstones—the 500 model specifically, those chunky, clunky pull-on leather boots with the big rubber soles, made in Australia and shipped to the last free colony in all of Manhattan. And come rainy season, I realized they were onto something. Bean boots were the downpour footwear of choice for the preppy kids; Doc Martens for the punks. Blundstones were mutable—for both of those groups, but also for everyone else. And, if push came to shove, you could wear them with a suit, too.

That was nearly a decade ago. The whole world has changed since. The Obama era ended. Optimism gave way to curdled irony. We took the jobs we could get. All of which seems, in hindsight, perfectly normal, at least compared to what happened next: Blundstones became bizarrely, incandescently fashionable.

Their ascent took me by surprise, but I should have seen it coming—after dad hats and light-wash jeans, Blundstone boots were the third horseman of the normcore apocalypse. (Patagonia Baggies are the fourth. Welcome to hell.)

It happened slowly. First, you’d see them at parties downtown, on young artists fresh from the studio. Functional enough, you figured—if Blundstones were good enough for 19th-century ranchers in Tasmania, they were certainly sturdy enough to paint in.

And then they came for fashion. Blundstones fit nicely into the broader, increasingly unhinged menswear landscape. The elegant Chelsea boot, paired with ripped-up skinny jeans, an extra-long, extra-sheer T-shirt, and a Vegas DJ residency, was reaching the end of its run. Sneakers, growing larger and uglier by the day, like some sort of horror-movie monster, were taking their place. Pants, too, were getting weirder, baggier, stranger—meaning that, once the weather turned past sneaker season, you needed something sufficiently thick to stand up to two-inch cuffs and mid-ankle cropped hems.

Enter the Blundstone. Ugly enough to be cool, sturdy enough to wear with triple pleats. Best of all, they had the kind of authenticity-heavy pedigree that turns mass-market goods (Dickies 874s, Vans Old Skools, etc) into fashion-approved grails. The Blundstone operation has been running since 1870; plenty of their shoes are still produced in Tasmania, Australia’s island state and the company’s home. The preferred model is the 500, in either walnut-brown or coal-black. They’re ankle high, with the Chelsea’s elastic panels to keep things snug. Pull-loops on the front and back ease entry. The leather itself is notably soft and sturdy—a little waxy, like on a pair of Doc Martens, but without the break-in time. And the thick rubber lug sole makes them as comfortable as even your most monstrous designer sneakers.

I got my first pair a few years ago, and wore them through rain, snow, sleet, and a half-dozen trips to the pretend-outdoors of upstate New York. I’m not sure I’ve ever willingly worn something quite so proudly functional. (My Timberlands make more sense on the set of a music video than a construction site.) Even the price—$180—makes a certain amount of sense: you should pay that much for a pair of carefully made shoes that will get you through the apocalypse. And anyway, they’re still cheaper than dress shoes.

I’m not alone in my admiration. Canada loves them. Israel does, too. Come fall, they’ll be a staple in the GQ offices. And, Miranda Priestly be damned, they’re trickling up into the highest echelons of fashion—if Blundstones fall out of favor among my colleagues, it will only be because we’re all wearing Prada’s $750 take, upgraded with a patch of blaze-orange neoprene.

But even those can’t hold a candle to the original. Most of my friends from the granola-heavy co-op now participate, if resistantly, in the free market. College-daze optimism fades. But it’s starting to feel like Blundstones are forever. 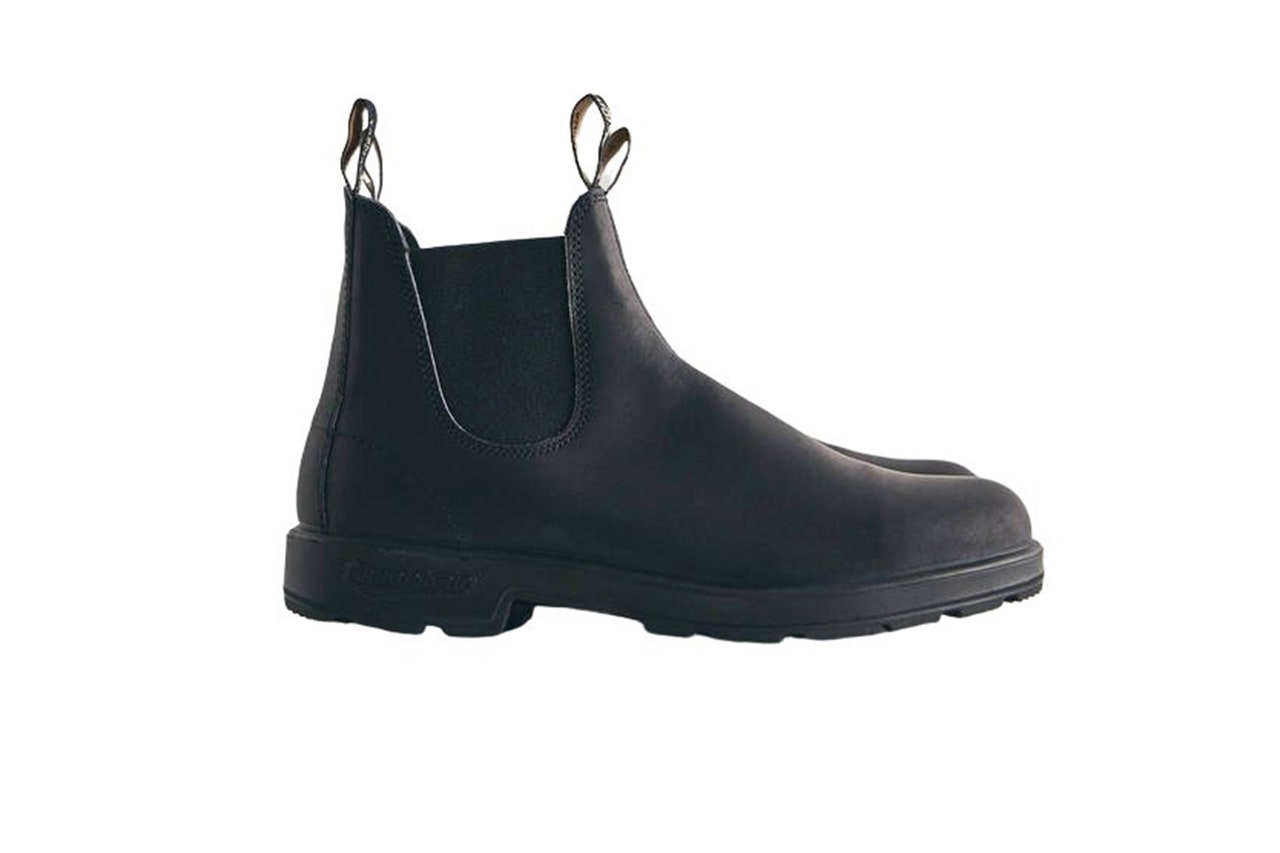 The sturdiest, most practical boots around just so happen to be stylish as hell, too. 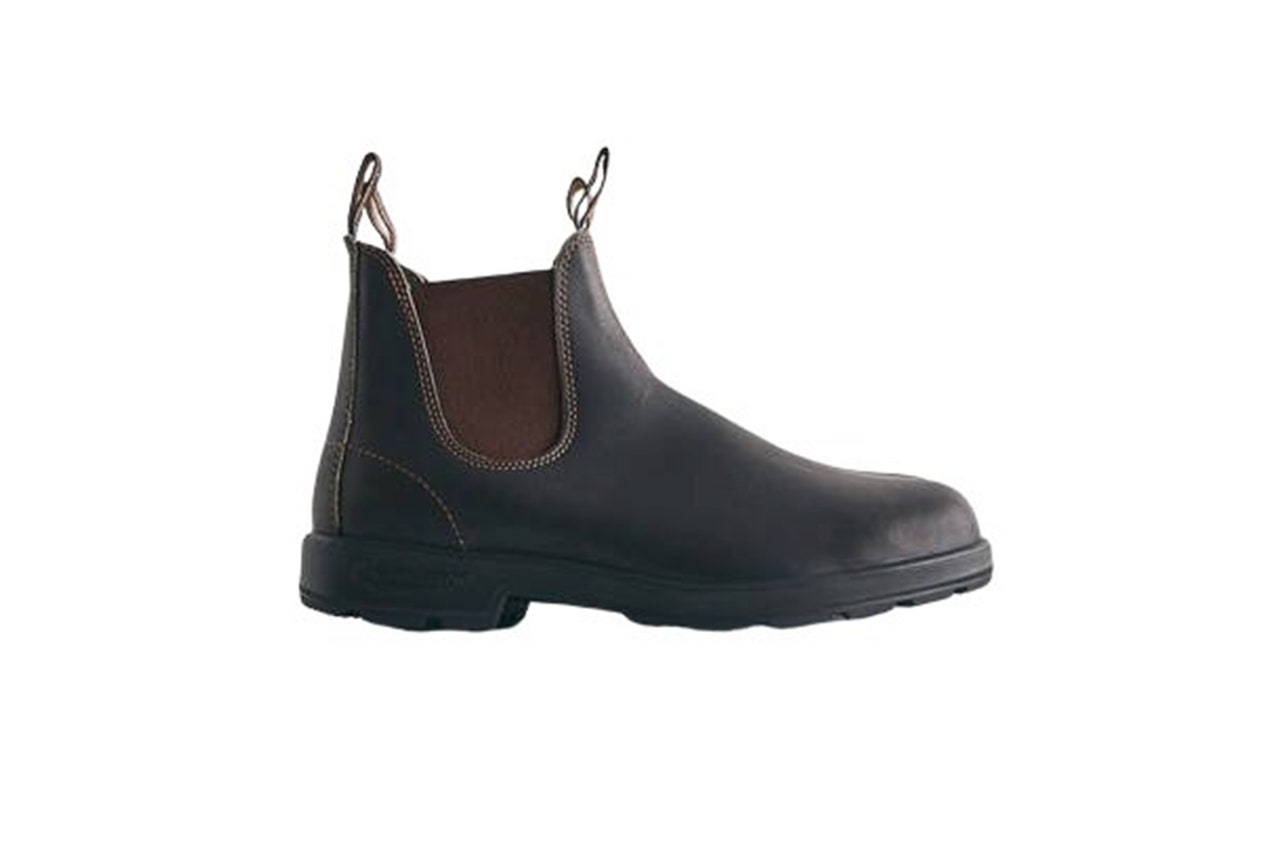