Kevin Love Has a Polo Bear Sweater for Every Occasion 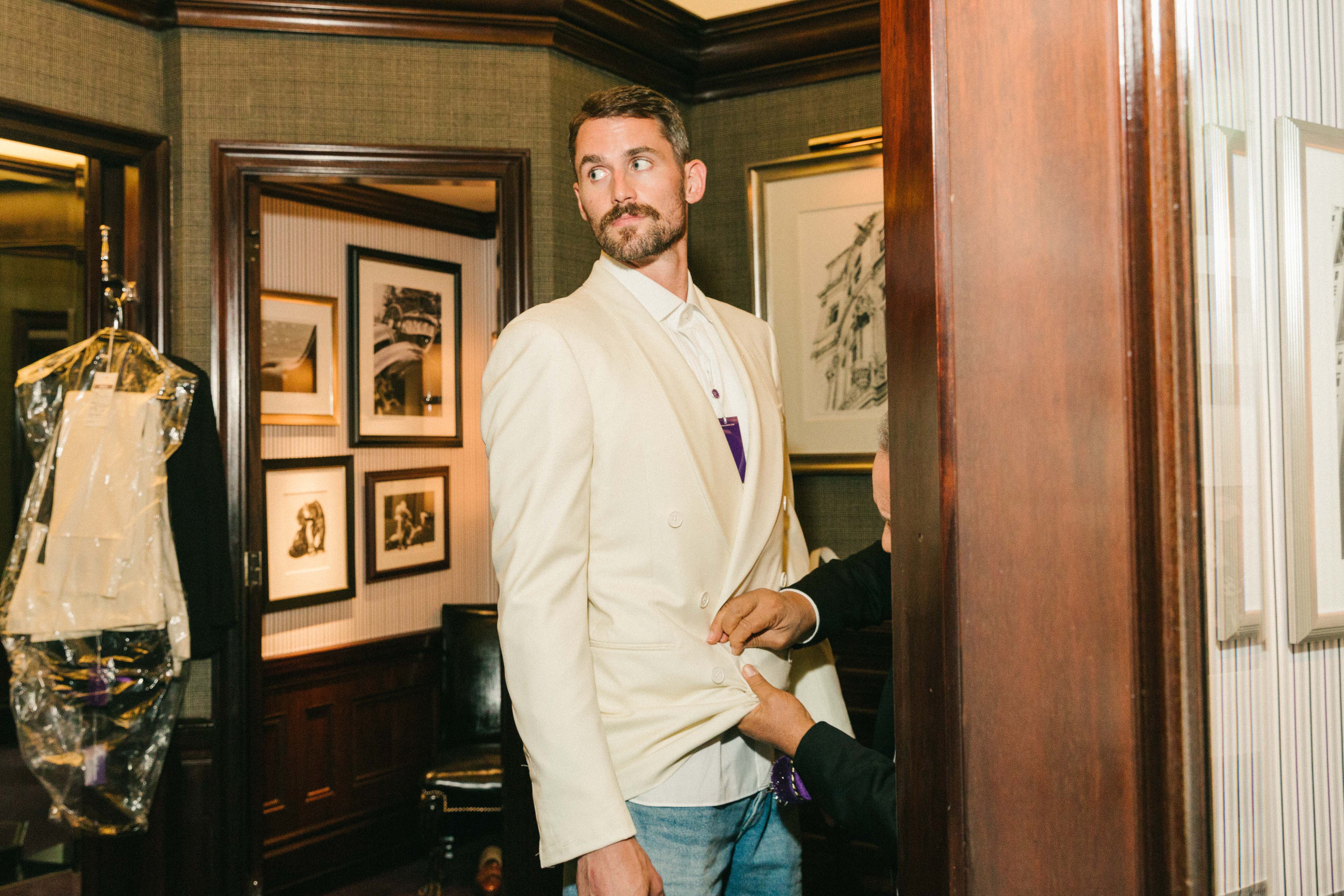 Of all the most stylish NBA players, the ones whose pre-game flexes are as well-documented as their moves on the court, Kevin Love is the guy you might think you can actually dress like. You know: the guy who wears suits of charcoal and navy wool, not snakeskin and silk. The one whose idea of a statement accessory is a pair of thick-framed glasses, not rare sneakers or flashy jewelry. In other words: Kevin Love is also the Ralph Lauren guy.

Love found his way into fashion through fantasy: he cites his love of classic film—everything from spaghetti Westerns to the Bond series—as a major inspiration. Even today, as the 31-year-old is being fitted for a Purple Label tuxedo ahead of the label’s Fall 2019 womenswear show in New York—a big, grand, Gatsby-inspired affair—Love is tripping out over the Madison Avenue flagship’s transporting, club-like atmosphere. “It just feels like it’s from another, more classic era,” he says as suited tailors work away at his white, double-breasted dinner jacket. “When you’re here, you think of all the actors and entertainers that have stood the test of time. Cary Grant and Jimmy Stewart, Roger Moore, Sean Connery, Alfred Hitchcock, Winston Churchill…”

Love can easily name every icon whose picture hangs in the store. He also recognizes Mr. Lauren for being a legend in his own right. “You know, only by admitting who you are, knowing who you are, do you get what you want. And [Mr. Lauren] is a perfect example of that, he’s done that for years and years. He’s taken risks, but at the end of the day, it’s still a hundred percent genuine and true,” Love says in admiration. His relationship with Lauren goes back years—they first bonded over that classic-film obsession—but his appreciation for the brand goes back even further.