LeBron James Is a Hall-of-Fame Watch Collector, Too 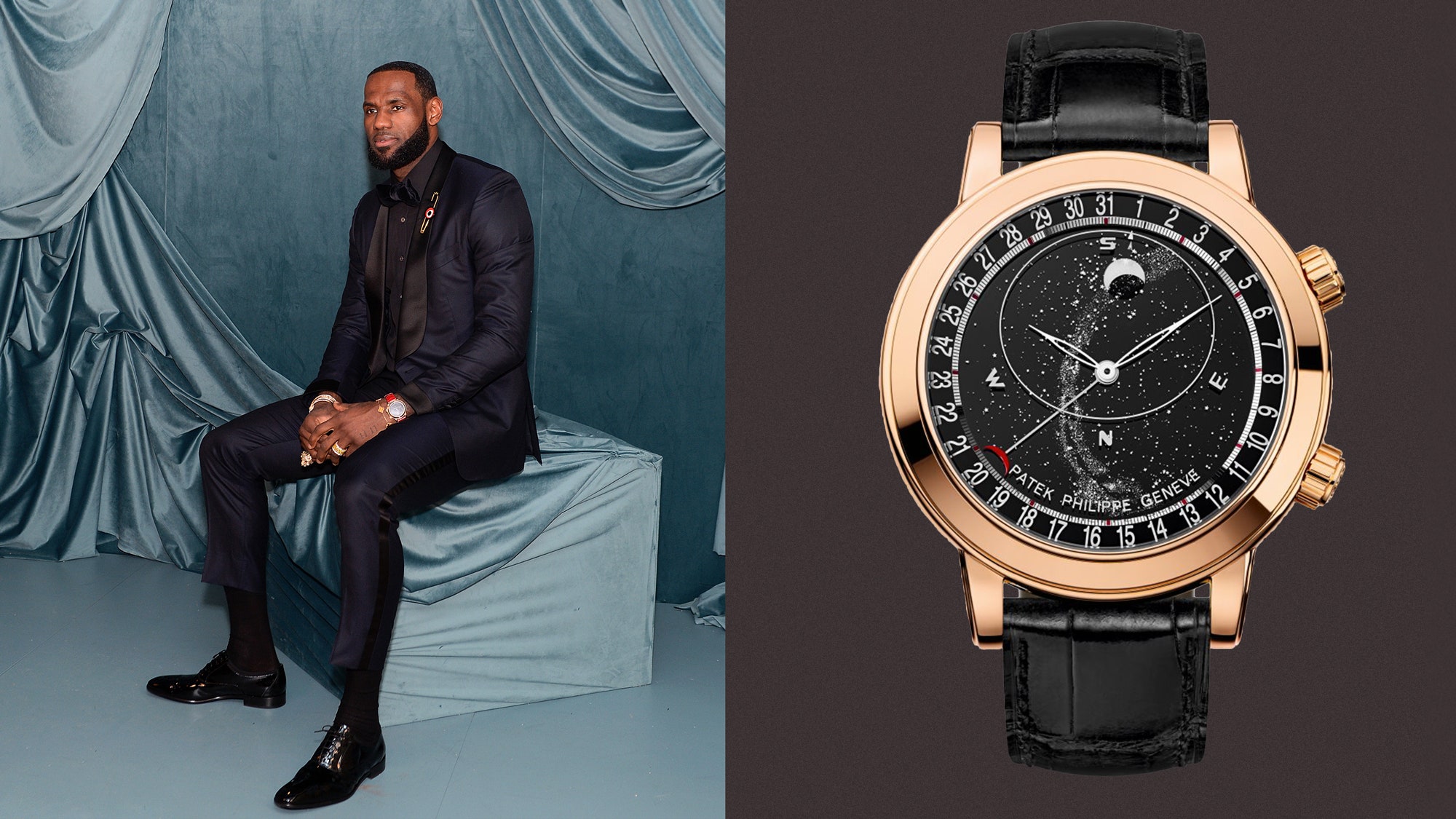 LeBron James is the sort of player that makes our current era of positionless basketball possible. He’s a fantastically well rounded superstar who can do it all. No one understands the importance of a balanced approach quite like James—he scores when he needs to, pulls off historic chasedown blocks when called to, and slings it to the corner when there’s an open man waiting. This philosophy is evident in his watch collection, too. While some people with the means to do so chase one brand, or one type of watch (or sometimes a single model!), James has an arsenal of pieces for any and all occasions. LeBron is a model collector, the guy with a watch for every situation. Although hardly anyone can buy the exact watches James puts on his wrist, following his template is a winning recipe. With the return of the NBA (and of LeBron), we couldn’t resist exploring the stellar watch collection the sport’s best active player has put together.

Any collection needs a good foundation and there’s no everyday watch more coveted than James’s Nautilus. Conceived in the mid-’70s, the Nautilus was Patek Philippe’s entry into the world of non-dress watches. Originally made in stainless steel to withstand the daily hustle and bustle, the Nautilus made it possible to flex in a huge way with a watch that paired as easily with a T-shirt as a tuxedo. James understands the flex: his Nautilus comes in gold and (unlike the one seen here) is set with diamonds.

No high-powered athlete in 2020 is complete without a high-powered sports watch to match. But before Richard Mille came onto the scene, sports watches looked a lot like, well, a regular watch: the Jaeger-LeCoultre Reverso with a case that flips over to a steel shell was made for polo, the Rolex Daytona and Omega Speedmaster were built for racing. But Richard Mille watches reimagine everything, from the slick rubber band to the movements meant to survive the natural jolts that result from racing or playing tennis, golf, and even football. The RM 11-03 is the most popular of Richard Mille’s lineup, a racing watch like no other with a dial that even looks like the dashboard of spaceage vehicle.

There is hardly a better endorsement for Richard Mille than the fact that basically every celebrity who gets one ends up with another, and another. LeBron went back to the RM 11-03 in a different colorway. The quartz TPT material making up the case on this edition of the watch can be injected with different colors to create the candy-shell appearance on this sapphire watch. This one is named for Jean Todt, a former racecar driver and onetime CEO of Ferrari.

LeBron James’s schedule isn’t all NBA games and pre-game tunnels. He has to attend awards ceremonies, fancy dinners with tiny tray-passed gougères, and more galas than a sitting U.S. senator. Hell, sometimes even his regular Taco Tuesday needs a little spicing up. For that, he has the Patek Philippe 6102R—which happens to be one of the more stunning dress watches in existence. In the simplest terms, what the watch does is track what happens above us in the night sky. The dial manages to chart both the pattern of the stars of the sky when viewed from the northern hemisphere but also keep track of the moon’s phases as it revolves around the dial.

The ultimate classic: the Rolex Day-Date

Last week, James captioned a photo of his sneaker collection: “Light Day at Baskin-Robbins,” referring to the abundant variety at the home of 31 flavors. Looking over the massive array of Day-Date watches in existence inspires the same feeling: it comes set with opulent diamonds, with colorful dials, in pink gold and platinum, or with Arabic numerals on the dial. The watch is known as the President—an association that’s lived on since Lyndon B. Johnson wore it in office—but on James’s wrist it’s more like the King.

Bonus: the watch made just for you: the Audemars Piguet Royal Oak Offshore “LeBron James”

For most people, a watch is something that becomes theirs over time. Maybe it’s an engraving on the caseback or a dent left after going up for a ferocious dunk and banging the watch on the rim. (Just ‘Bron?) James is a guy used to having items made just for him, though: his signature sneakers or this collaborative Royal Oak Offshore launched with Audemars Piguet in 2013. Unlike many athlete-brand collaborations, the result here doesn’t feature the colors of one of James’s teams or any other basketball-referencing touches. The combination of grey and pink gold is unusual, the sort of colorway you only get when you’re calling the shots.