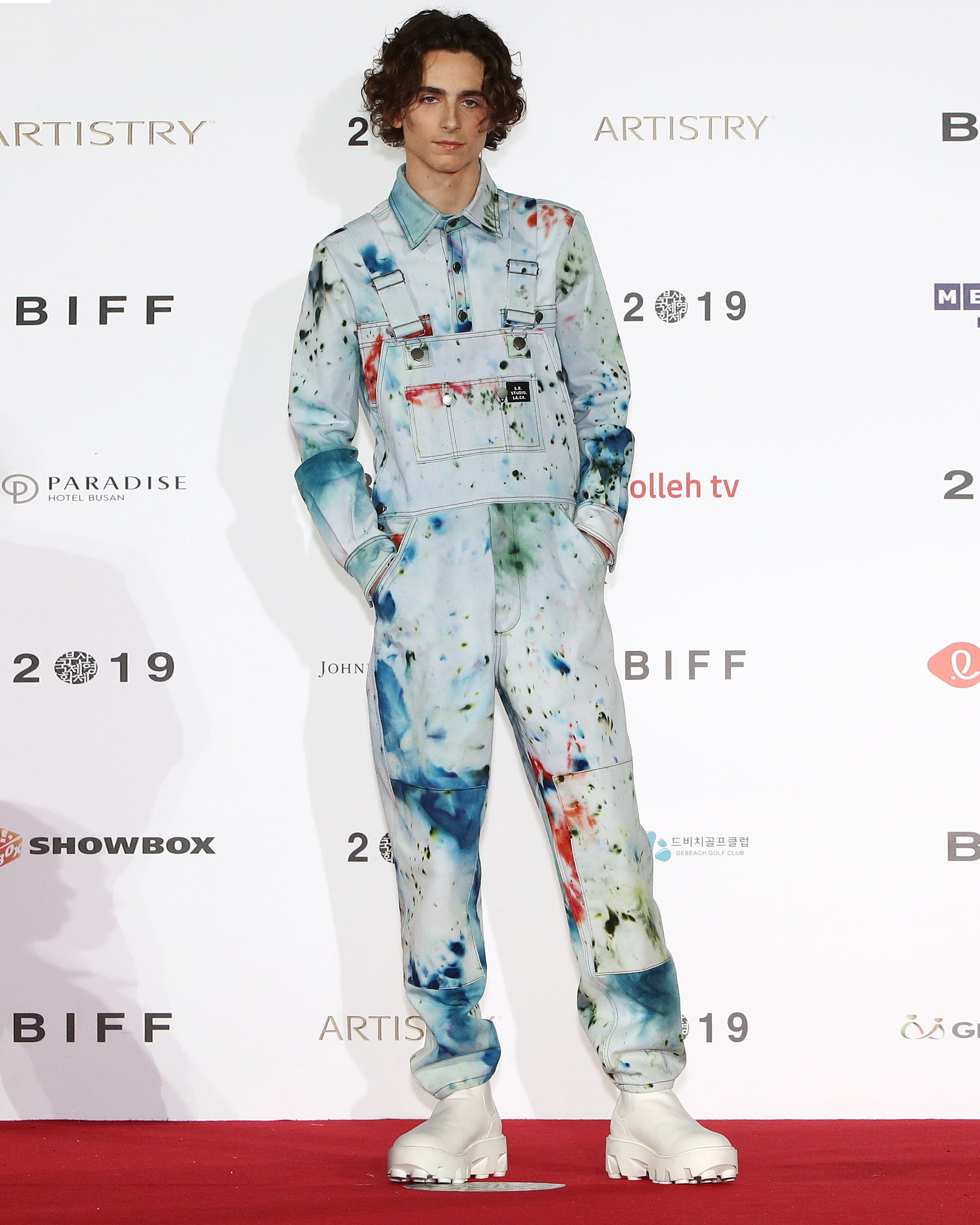 In The King, Timothée Chalamet plays a party-boy prince who, with much reluctance, assumes his father’s throne. But on the press tour for the film, Chalamet is more than happy to wear the crown: call him king of the red carpet. Plenty of celebrities show up to step-and-repeats in full looks (or full lewks, in industry parlance) these days, a head-to-toe outfit supplied by a single designer or label. Timo’s method is slightly different. When he’s not WhatsApping Virgil Abloh to get a one-of-one sequined hoodie from the Louis Vuitton atelier, or hanging in Venice with his big bro Haider Ackermann, he’s getting dressed in looks straight off fashion week runways—a much more exclusive and challenging level of celebrity styling.

And last night, for the Busan International Film Festival, in South Korea, Chalamet premiered his most daring fit yet, rocking up in look #4 from Sterling Ruby’s first S.R. Studio LA. CA. collection. The hand-dyed overalls and button-down, in fact, are the exact same ones Ruby—the artist and Raf Simons collaborator—sent out on the runway in his Florence debut. It pays to be sample size, and it pays to be Timothée Chalamet, whose deep journey down the menswear highway of life is just getting started.